CHURCH IN THE CIRCLE

We welcome The Rev. D. Anthony Everett to University Circle UMC, as of July 1, 2018.
​Rev. Everett comes from Wesley United Methodist Church in Lexington, KY to Cleveland as an advocate, preacher, pastor, public servant, lecturer, and Christian social activist.  He has a passion for human rights, issues of social justice, and the intersectionality of those struggles.

The call to discipleship came to Rev. Everett in Dallas, Texas on Saturday, June 8, 1996. Having been baptized in the  Roman Catholic tradition but having no church affiliation since high school, a friend invited him to a wedding at St. Luke “Community” United Methodist Church. Upon entering the sanctuary of the church, Everett’s attention was drawn toward the stained-glass windows of civil and human rights leaders and Biblical characters who were depicted as people of color.  When he noticed the window of El Hajj Malik El Shabazz (Malcolm X), he  rationalized that if the church could accept Malcolm X, perhaps they could accept him. The pastor of the church, now pastor emeritus Reverend Zan Wesley Holmes Jr., invited Everett to attend church the next day and he had not stopped attending since that wedding.

At St. Luke, Everett soon joined the males chorus, reestablished the Mandala Rites of Passage Program for teenage boys, and became involved with social justice ministry initiatives as well as Disciple Bible Study. Bible study in small groups, sometimes held in his home, was the anchor  that kept Everett’s justice work spiritually grounded. As a member of St. Luke, he learned that  the Bible and social justice go hand in glove. The Social Principles and the Book of Resolutions became important sources alongside the Bible to guide Everett’s understanding as to what it means to be Methodist and Christian.
Having met with Pastor Holmes to explore ministry options, Everett discerned his call to the ministry of ordained elder and successfully completed the educational requirements. As a ministerial candidate, he became a pastoral assistant serving in Sunday worship, participating in the mid-week Prayer and Praise Service, visiting the sick and shut-in while providing the Lord’s Supper, and participating in the jail ministry.
After serving at St. Luke and committing fulltime to ministry, Everett served as Associate Pastor for Minorities at the SMU Wesley Foundation where he led discipleship, evangelism, and a mission trip abroad for undergraduate students. Everett moved to Highland Hills UMC and then, to Hamilton Park UMC to serve as the youth pastor at both churches. At Hamilton Park UMC, Everett founded the Hamilton Park Youth Development Corporation – a faith-based, non-profit 501 (c) 3 created to enable oppressed African-American youth to become agents of social change in the community.

After graduating from Perkins, Everett was hired by the Kentucky Annual Conference to serve as an Associate Director for New Church and Congregational Development with a specific focus on revitalizing African American churches and ministries throughout the conference. A ministry action plan was developed that included the startup of a new faith community – Nia Community of Faith. Starting off as a parachute drop with a core group of five people, under Everett’s leadership within two years the attendance at Nia grew to an average of 53 people per week. Nia became known as a community of faith focused intentionally on social justice and Everett created a nontraditional church atmosphere with spoken word events, a Bible study reviewing Michelle Alexander’s seminal book The New Jim Crow: Mass Incarceration in an Age of Colorblindness, workshops against the death penalty in conjunction with the General Board of Church & Society, advocacy in support of immigrant rights and the Dreamer’s Movement, and rallies against police brutality in the Trayvon Martin case.

Upon the retirement of its pastor of ten years, Everett was appointed to Wesley UMC, and many of the Nia Community of Faith participants joined him. Wesley UMC was one of two churches in Kentucky that hosted the Concert Across America to End Gun Violence, a Facebook Live event organized by Everett locally with a full sanctuary and over 300,000 viewers. In conjunction with the Fayette County Public Defender’s Office, Wesley UMC hosted a training and held Participatory Defense Sessions, a method of criminal defense with community activists serving in the role of helpers. As pastor of Wesley UMC, Everett helped to organize the first Black Lives Matter Rally and March in Lexington. Under Everett’s leadership, Wesley UMC volunteers, through Nia Urban Ministries Inc., another faith-based 501 (c) 3 founded by Everett, support The Winburn Academy Extended School Service addressing educational inequity for poor children and children of color at Winburn Middle School.

In the cause of social justice, Everett has been outspoken at Lexington City Council meetings, the Commonwealth of Kentucky legislative sessions, Kentucky Commission on Human  Rights hearings, Fayette County School District meetings, meetings in the offices of Kentucky's congressional representatives including US Senate Majority Leader, Mitch McConnell, and meetings with Obama administration representatives at the White House. Featured in the United Methodist Interpreter Magazine as a criminal justice clergyperson, Everett has advocated at the local, state, and national levels for sentencing and criminal justice reform legislation. He  has  been a supporter of the Takeback Cheapside Movement that advocated for and successfully removed two Confederate statues receiving national notoriety at Cheapside Park in Lexington, the location of a former slave auction block. An outspoken advocate for the rights of the LGBTQ community against discrimination, homophobia, and heteronormativity, Everett has been an ally/accomplice with Kentucky Reconciling Ministries, Bluegrass Black Pride, and Lexington Fairness, receiving the 2016 Ally Fairness Awards from the latter two organizations. In conjunction with the University of Kentucky, Everett has provided a community screening of the film, An Act of Love. He has been a guest speaker at ecumenical and interreligious gatherings, rallies, and vigils.

And now, Rev. Anthony Everett arrives in Cleveland, ready for ministry in the church and in the city.  UCUMC looks forward to long, fruitful, spirit-led years with our new pastor. 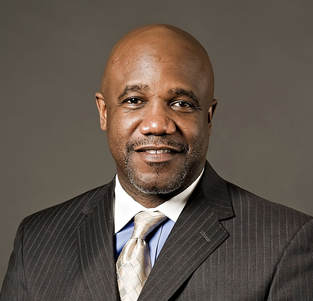